I've written about these things before, but as a note to self I just put a compilation here 😊

Containers are widely used as a method of deployment as it simplifies the installation of an application.
This is because containers are packages of files that contain everything an application needs to run without having to install any additional dependencies.

This also ensures that the same version of a container runs the same in every environment.

Containers are not the isolated sandboxes that you might think nor are they virtual machines.
You can consider them a compressed package with files inside which gets decompressed and runs in a simulated seperate environment.

Choosing the right base image

While this is not a primer on how to create containers, there are a few things worth noting.

Everything starts with a base image - indicated by the FROM instruction.
When choosing this base image, make sure it is either an official image from a well known provider or at least a actively maintained image.

Should security vulnerabilities be detected, you want your base image to be updated by the maintainer as soon as possible.

You can scan the image yourself using, for example, trivy.

Important: Once a new base image is available with security fixes, update your Dockerfile and re-build and re-deploy your solution.

If the base image is unknown to you, do your due diligence and check out:

Many examples will tell you to simply docker pull my_image:latest to get the latest version.

And this makes sense because it will (hopefully) contain all the latest and greatest security fixes and features.

The problem with this is that most container services will be default not pull a new version of a container if the tag has not changed.
So, if you have my_image:latest specified in your configuration and you want to get the latest version so you restart the container thinking it will trigger a new download, it won't.

You can configure this behavior in most cases by saying it should always pull new versions.

A better way is to be very explicit about the version you are using - that way you are certain which version is deployed and can easier roll back.
There is no way to say "roll back latest to .. the almost-latest", but you can say "roll back to 1.0 from 1.1"

Keep unwanted files out of your container

Just like with Git repositories and .gitignore containers have a .dockerignore file.

The functionality is the same and it will keep the specified files and folders away from the container build process.

When creating container images, its easy to just do something like this:

If you have any hidden files in your directory, such as ssh keys or config files with credentials - they will also be copied into the container by the COPY . . instruction.

This is because the docker build process will copy everything in the build context - your directory - to a staging area and subsequently add them all those files to your container if you have not either:

By default, most containers will run as root.

While some applications require this, most don't.
The reason why this is a bad practice is that if you mount a filesystem into your container (or somehow the process gains access to the underlying host) the user will have the same root access privileges as the root user on the server your container runs on.

Remember that anything you did before changing the user, will have root as the owner so make sure you fix the permissions if needed or your application might not run.

You can add files to the container and specify permissions in one go:

So, we don't want to run as root, but we need to be able to do certain things that only root can - how?

Note: Docker for Desktop has a few conveniences built in - such as being able to bind to privileged ports (<1024) as non-root.

Keep in mind that while this is handy when working locally, this most likely wont be the case when you deploy your container in a different environment.

Linux capabilities are a subset of privileges that are available to a process.
These can be added and removed as needed.

For example, you want to run as non-root and run a webserver on port 80, but only root can open ports below 1024.
Using capabilities we can drop all privileges and only add back in NET_BIND_SERVICE (which is needed to open privileged ports):

See more about this at HackTricks and Official Docker docs

Running in --privileged mode disables a lot of security checks on a container and are used in a few special cases such as running Docker in Docker.

If you want to run a privileged container, ask yourself why?
And if you still want to - ask yourself another question: Why? (notice the capital W?)

Let's say you happen to mount the entire file system inside the container (who would do that, you ask? It happens 🤷‍♂️)

Here's how we get full control of the host:

Any command you now run from inside the container, affects the host file system as root - such as resetting root password, creating a user, etc.

This is because running tools like passwd affects /etc/shadow and by running chroot you said "make /host the root directory of the process bash" so that all commands will write to the host files instead of the container.

Be careful with how you build your Dockerfile and include secrets.

Given the following Dockerfile:

The resulting container image does not have a secrets.json - or does it?

Every line in your Dockerfile results in a layer and the resulting container is a combination of these layers.
One layer adds the file, then the next one removes it - but all layers are still part of the container.

We can actually do this to find the secrets.json file:

By using multi-stage container builds, we can avoid this as only the final container specified in the Dockerfile (and its files) are part of the completed container.

In this version of the container, secrets.json will not be part of the final container's file layers 👍

Given the following Dockerfile:

You can then build this image using docker build --build-arg API_KEY=my_secret_key -t my_image:1.0 . and curl will do its thing using the API_KEY build argument.
Once the image is built, you can run the image and find no trace of the build argument.

Actually, turns out we can inspect the history of commands that created the image by executing docker history.

If you use multi-staged container builds, the build arguments only show up if they are used in the final stage - which becomes the actual completed container.
By using your build argument in a build stage, it will not show up in the docker history command as it has been discarded before assembling the final container. 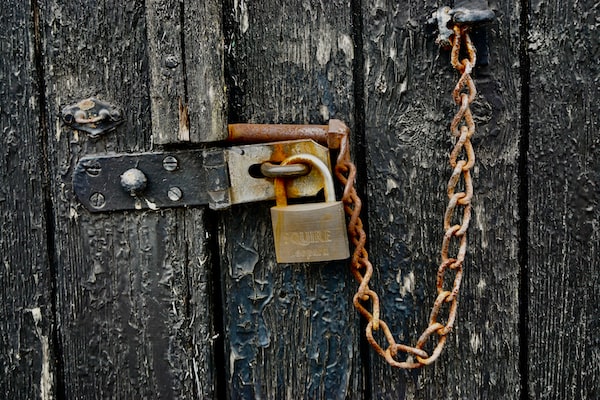 Configuring ASP.Net to use Keycloak for authentication